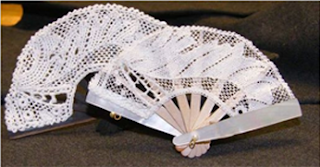 We visited the Emerald Isle in 2014 and fell in love with the country and its people. From these experiences, we developed a plot, a mystery, and some great characters for our novel. 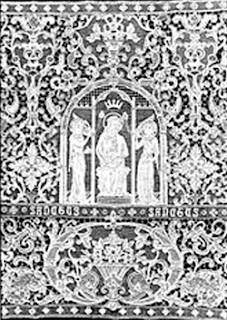 Irish lace has been an important part of the Irish needlework tradition. Both needlepoint and Bobbin-Lace were made in Ireland before the middle of the eighteenth century. Kenmare Lace is sometimes called needle-lace to distinguish it from canvas needlepoint. 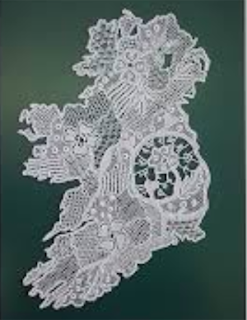 While we were in Kenmare, County Kerry (meaning "head of the sea", referring to the head of Kenmare Bay) we heard about Kenmare Lace.     The story goes that the Poor Clare Sisters Convent1864 founded a lace-working industry.  They trained the local women to make the lace and soon Kenmare Lace became known worldwide. 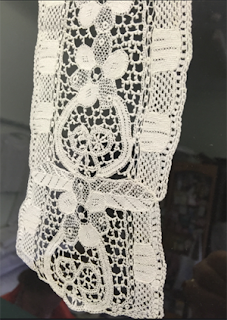 In 1960 the factory was closed and the technique of making the lace was lost.  However, it was revived in 1989. This came about when a local woman approached the nuns to ask them to teach lace making to the locals and the co-op was born.

After hearing the story and visiting the town we had to include Kenmare Lace in our book.