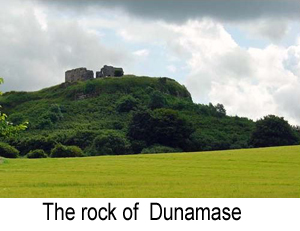 We were on our way south-west to Milltown, County Kerry from Dublin when we came across the Dunamase Castle. After the 10-hour plane ride, and sitting in the car for 2 hours, we decided to stretch our legs.  A short hike up the rocky outcrop took us to the ruins of a castle. It was a defensive stronghold from the Hiberno-Norman period dating back to the late 12th century. Though, the first known settlement on the rock was Masc’s Fort, an early Christian settlement of the Viking from 842 AD. 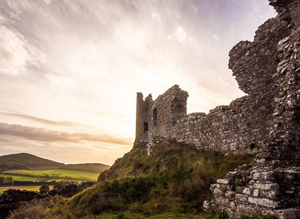 The weather was beautiful. One of the few clear days we experienced in Ireland, but windy and brutally cold. NO RAIN! 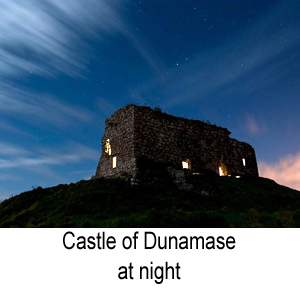 As we walked among the ruins, and taking in the breathtaking view, immediately scenes of surveillance came to mind. We could see for miles from the rock and spying became an intricate part of Stone Pub.
Posted by Janet Lynn at 9:50 AM