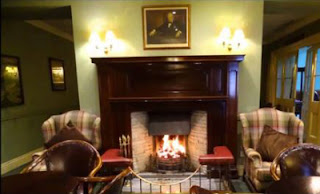 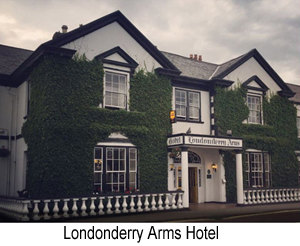 We stopped for brunch at the Londonderry Arms Hotel, in Carnlough, County Antrim. It was freezing cold and raining, we were chilled to the bone. We walked into the hotel, the fireplace was burning and the hotel was as charming hotel as you would imagine. The hotel was built in 1848  as a coaching inn. In 1921 the hotel was inherited by Winston Churchill.

This is where we had our first taste of Irish cuisine. We sampled a few dishes, i.e. Boxty, Colcannon, Irish stew, White and Black Pudding, and the most delicious Irish stew made with lamb.

Since we have to feed our characters, we made notes on the food and referred to them while writing various scenes. I noticed how very gracious the Irish people were during our visit. We made sure the supporting characters, who are Irish, were as gracious as they could be...for a murder mystery that is. 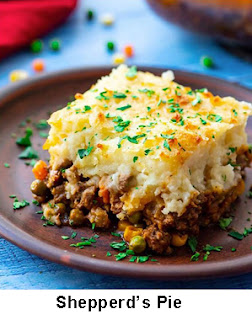 Posted by Janet Lynn at 2:06 PM No comments: 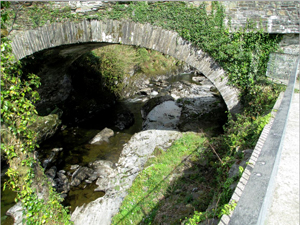 We were on our way to the village of Kilcorhane in the extreme southwestern of the Republic of Ireland, when we stopped for lunch at Gougane Barra, in Ballingeary, County Cork. 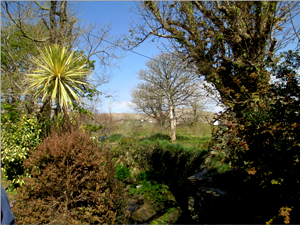 After lunch, we went for a walk along the lake and visited the tiny stone church on the lakeshore before getting back on the road again. It was a beautiful spring afternoon, birds chirping, cool breeze, and the sun finally came out. Further along, we came across a stream and decided to follow it. As we walked, we realized how isolated we were. We found a small bridge and walked to the middle where we watched leaves drift beneath us as the gentle current passed under the bridge. The large boulders glistened in the sun. Will said, "A body could float down this stream easily and get caught on the boulders." So we took pictures and walked back to the car. For the rest of the two-hour trip to Kilcrohane, we talked about using this stream for a body dump and made notes.

When it was time to outline Stone Pub, we planned our murders, and this stream, in The Republic of Ireland, became the place where one of the unfortunate victims was discovered.