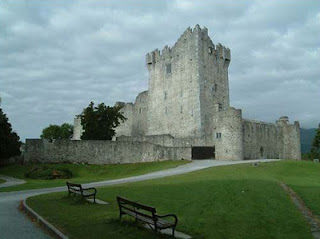 Posted by Janet Lynn at 9:59 AM No comments: 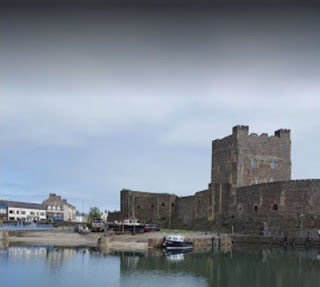 While in County Antrim, Northern Ireland, we took in a tour of Carrickfergus Castle. It was founded in 1177 by John de Courcy, an Anglo-Norman knight who led military expeditions into Ulster, in northern Ireland. It is reported to be one of the most complete examples of Norman architecture in Northern Ireland. Besieged in turn by the Scottish, native Irish, English, and French, the castle played an important military role. 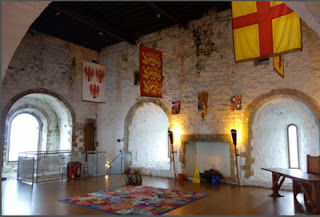 During  WW1 the castle was an army garrison.  Great Britain took over the castle in 1928 and began restoring it. With the outbreak of WW II, it functioned as an air-raid shelter.

It was amazing to tour the castle as it was completely restored. The inner rooms, the Keep, and Chapel along with towers and battery was amazing. They had life-size mannequins dressed in period clothes depicting the work they performed in each area/room. We were amazed by the Great Hall, where, historically, the Baron and Baroness received guests. 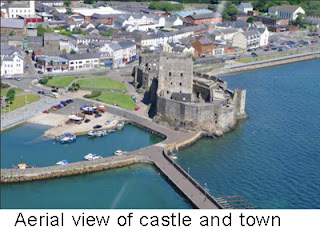 This tour gave us a real sense of what daily life was like for the owners of the castle.

As an added note:

Over the weekend of January 13 and 14, 2018, the castle was transformed into Hogwarts and was the Mecca for those two days for all those who followed Harry Potter.

Posted by Janet Lynn at 8:29 AM No comments: 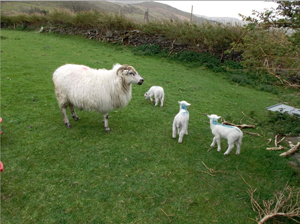 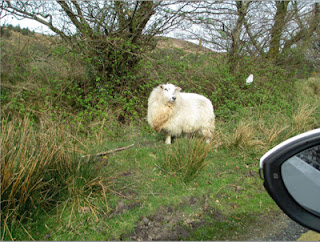 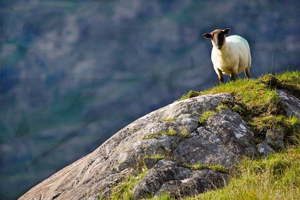 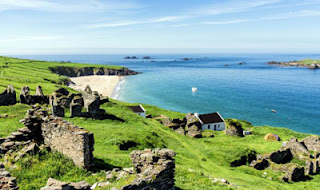 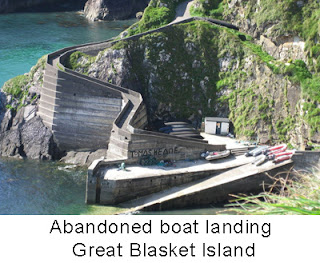 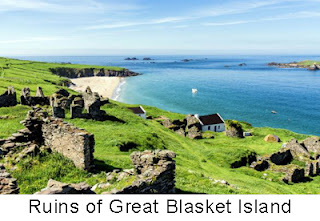 Those same strong people raised families there, but the older people were the last to be reluctantly evacuated, having to abandon their dreams of watching their grandchildren play and grow up on the island
Posted by Janet Lynn at 8:04 AM No comments: 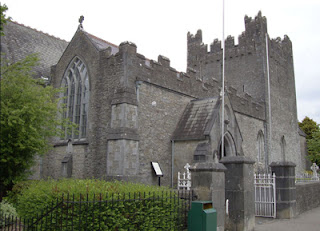 Driving through the pouring rain to Dublin, we stopped to stretch our legs in the village of Adare, in County Limerick. 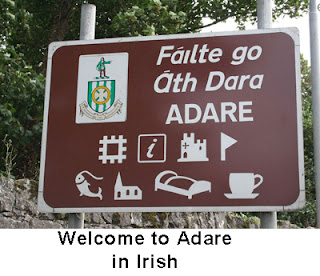 Looking out our car window, we saw the Holy Trinity Abbey Church, founded in 1226. We figured the Abbey would be dry inside and we would be able to walk around without getting soaked. As with almost every place we’ve encountered in Ireland, it was an amazing place. In fact, the 1856 restoration kept a portion of the original medieval nave! The original eight hundred-year-old stone walls and timber ceilings still stand in sharp contrast to the later additions.

We read all the plaques and other information posted around, outlining the history of the abbey. We could feel the history of the building as we touched the walls and breathed in the air. The fact that so many important things occurred under the spots where we stood gave us chills. These feelings, which we put in our book, would hopefully accompany our characters as they travel through the country in search of the truth for Patrick Lyons..

To see more of the inside of the church click below. 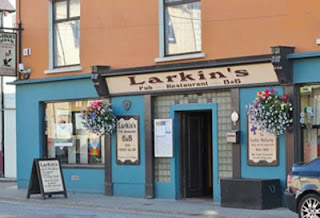 We spent our first three days of our Ireland adventure in Milltown, County Kerry, population, 928. 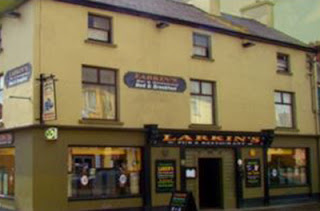 Milltown is a small village with a huge Catholic Church. The B & B we stayed in was upstairs from Larkin’s Pub. It was comfortable and warm. In the evening the Larkin’s Pub came to life. During the week they had a  jukebox (even though this was 2014) which people played while enjoying a drink...or two...or three. Later in the evenings, there would be more people and lots of music. Occasionally, someone would bring a guitar or another musical instrument and play old Irish songs. As noisy as it was in the pub, it was dead quiet in our upstairs room. 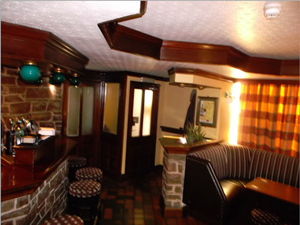 Interesting enough, throughout our travels, we stopped periodically to stretch our legs and get either something warm to eat or, herb tea, or cold, bottled water. Local pubs seemed to be the place to share news of the town or the world and discuss politics or world affairs. Basically the hub of the town. The bigger the town the more pubs and taverns.

When the music was going full blast, the dance floors were crowded, shoulder to shoulder (it was a small dance floor!). Then it hit us. This was a perfect place for a murder and body dump. 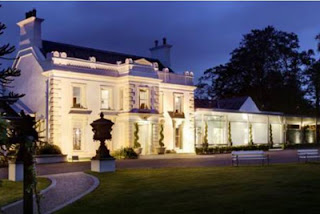 As we arrived in Northern Ireland, we found the Galgorm Hotel, Ballymena in County Antrim. It was a perfect place to stretch our legs. From the front entrance, it appears to be a traditional country manor, but there is a lot more to it than what is seen from the entrance. The gleaming white hotel is beautifully decorated and welcoming since it is considered a resort. The vast grounds are well manicured. 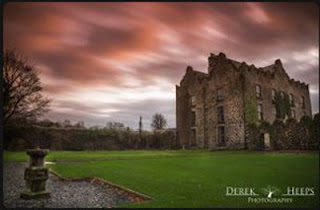 In our book, a murder takes place in the dressing room of a theatre. This hotel and resort features a spa and golf, plus areas large enough for weddings. It provides guests with almost anything they could want.  That inspired us to add a small, fictional theater for the location where the first murder would be discovered.

The hotel has a golf course, and on the 10th green is the Galgorm Castle on the grounds. This ancient building is flooded with a history dating back to 1607 (some of it, macabre).  The castle’s architecture is described as Jacobean in style and through the years there have been many owners, each with their own history.

If you are curious of the history of Galgorm Castle here is the link. It is fascinating!

Posted by Janet Lynn at 8:18 AM No comments: